Rites of Passage: Out of the Therapy Room and into the World

Posted by Brian Dean Williams on October 25, 2015 in therapy, Uncategorized |No Comments

In 1909, French anthropologist Arnold van Gennep coined the term “rites of passage.” He was observing that many traditional cultures have celebrations / ceremonies to mark a life transition from one identity to another.

My sense is that dominant western society is lacking in such rituals, and those that do exist have often been co-opted by practices associated with capitalism.

Because of my background in cultural anthropology (honours BA and good portion of a masters degree), I’ve been intrigued lately by how I might co-create meaningful rites of passage to celebrate with my clients when they overcome problem identities.  This has led to some exciting results. 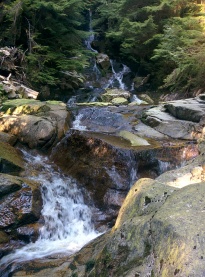 Back in April, a client overcame a significant struggle with depression and alcohol, and felt ready to move on from our work together in therapy. Rather than drifting away from each other and our work, we decided to mark it with a rite of passage.  Drawing on Stephen Madigan’s therapeutic letter-writing campaign model, we invited three of his allies to write letters expressing what changes they’ve noticed, how it’s affecting them, and what their hopes are now for their relationship.  We hiked to a waterfall in West Vancouver, a place significant to him, and read these letters aloud, twice. My sense was that this event helped to strengthen his new preferred identities as a sober person, a Buddhist, and someone who is actively engaged with his hopes and dreams.

More recently, a few weeks back, another client had overcome significant trauma, and we decided to co-create a rite of passage ceremony to mark this, in a local park, with a beautiful view of the north shore mountains. 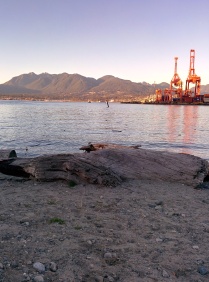 We gathered with four of her allies, did some meditation together, and then read some letters of support from each of them (double-reading, with each person reading them and then her repeating them). It got pretty cool after the sun went down, and there were helicopters buzzing in and out of the port, but it stood out to me that this was part of the significance: the problems associated with trauma had kept her isolated for so long, convincing her she was broken and alone.  And now this new identity (figuratively as an awake person, but literally she reverted to her original last name as well) could be publicly celebrated. She also had the opportunity to burn an old identity that I invited her to write on a piece of paper.  Her daughter offered a song on trumpet to celebrate, and then we all took turns saying aloud and acknowledging her full new name to mark this change.  Then we shared some vegan snacks and casual conversation for a few minutes before I headed back home on bike.

There is so much more to say about this, and we plan to, in an article that we will co-author. Our intention is to share our learnings from this so that other therapists and their clients might benefit. Please stay tuned!

Thanks for your support of my practice.